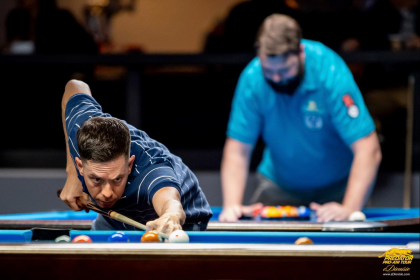 How long have you been playing pool? Did you ever quit for sometime at all?
Been playing for 27 years, but I did quit for around 8 years. Started at 13, stopped when I was 19, then started back playing in 2007, when I was 27 years old and until present

When did you start gambling in pool?
Around the same age, 14-15 years

The biggest tournament field you have beaten?
Probably the Ocean State Joss Event in Rhode Island, with 96 players or so

The tournament that you most regret not winning, and why?
Probably the Joss Final Turningstone Casino 9-Ball event. I’ve been in the finals twice there, and probably should have won the second time against Strickland, but fatigue on the final day got the best of me

Strongest players you have beaten in competition?
Pretty much everyone at some point

Strongest players that you have beaten in one on one competition (exhibition/money game)?
Probably Efren Reyes and Shin Park Young

What’s the biggest amount of money that you have won playing pool in one night?
I think $2500

Biggest amount you have lost in one night?
2000 $USD

Biggest amount you have won in one tournament?
5000 $USD

About how many tournaments have you won that paid USD$1000 or more for 1st Place?
Minimum 35-40 tournaments

Wich is the most you have earned in a 1 year (approx.)?
Counting tournaments and matching up, about $40,000

Player you most admired?
Ko Pin Yi, I love his style

Who do you think is the best all around player in the world today?
I think it’s Joshua Filler

Your favorite pool movie?
The color of money

What you can read next 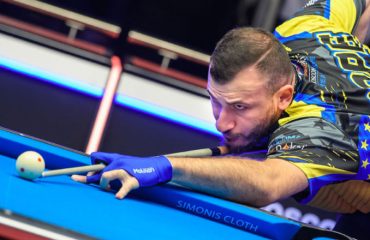